8:10 myself Sathish Venky started from indiranagar

8:45 we joined with Thiyagu  & santhosh who were waiting in majestic bus stand already, only left out group is arun & co

We had dinner and waiting for and Arun and co, they are used to be late we found the platform and got it into the bus.. Final few minutes I got a call from that he has reached bus stand finally and we are in the platform 4,  were are you guys.

Jul 31: morning around 7:30 our bus reached jog falls, but our room check in time is at 12PM only,  our plan is to visit kodachadri & kollur or murudheswar temple.  We have entered the jog falls had a short visit to falls, by that time Santhosh went to enquire about any possibility of early check in at-least one room for refreshment, others had quick look at the falls and went to enquire about cabs.  We found a cab he suggested two plans, Murudheswar & Kollur or Murudheswar & Gokarna and cost is 1.3K fixed if we travel more than 200 kms then 6 Rs/km but my plan is to do trekking in kodachadri but unfortunately many was not agreeing with me. we had a small discussion and decided to goto murudheshwar & kollur since other plans is both beach and there may not be any aqua sports since it is monsoon by the time Santhosh came the good news that there is no possibility of early check in,  the cab Anna suggested some other hotel were we can do refreshments, finally after refreshments we came to mayura restaurant and had breakfast and signed in the check-in register since we will return in the night only and started to murudheshwar. 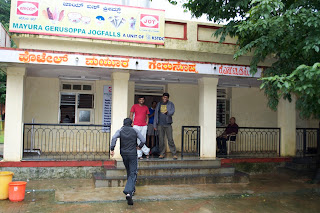 Route from jog falls to murudheswar was really nice,  full of greenish dense forest and many local falls since it was monsoon Season.  We left Arun family in the front side, myself devi Santhosh in the last row and Venky Thiyagu and Sathish in the middle row facing backwards,  I accept sitting in middle row and facing backward in the ghat section driving is horrible but it was not even 20 kms. Venky started the show "Anna please stop the vehicle" don't ask me what he ate in the break fast, I'm not good in remembering the big list ;) after many such scenes we have reached a place called honavar.

Honavar is 30 kms before murudheshwar, our driver said that we may not be allowed to get into beach at murudheshwar so if we want to get into beach there is one place in honavar, we all said yes and went to that honavar beach,  everyone went to beach and started playing in the water, I was little hesitant after saw the water Color it was in red color due to fresh rains.  Someone searched the place and found a coconut which was almost the size of cricket ball other found small wooden piece which they used as bat starter playing the game in our blood cricket on the beach,  all the time I was busy in taking photos and testing all the modes in my new DSLR.  One old guy going on the way stopped his bike and came to us and started chatting, this place is very nice, it's good that you stopped here cops are not allowing anyone to enter into the beach in murudheswar due to killer waves,  mostly photographers was killed by the killer waves, since they concentrate on the camera and photos and don't care about what is happening around looking at me, why he said that to me, do i look like photographer? Wow.

Suddenly i saw something different happening in the beach, no no it was not killer wave :) our guys made Santhosh lie on the beach and started covering him with sand,  I just went near to see what they are trying to do,  Thiyagu and Arun were discussing seriously about mermaid.  Venky was running away from them towards the cab, I guessed they are trying out to make one more mermaid out of him and I was correct.  So they left Venky and started concentrating on Santhosh mermaid,  main architect was Thiyagu and Arun, some time passed a mermaid was finally made, I took making video, Santhosh wanted to get out the of the beach, he was lucky one big wave came and wiped every hard work of our architects in seconds,  wave should have showed some mercy to Arun at-least, he rarely put hard work nowadays though he doesn't do the same in office.

It's time for Venky, Thiyagi went to catch Venky and drag him to the beach following him sathish also went, nobody can escape from thiyagi, so how come the pity Venky can escape?  they both dragged him into the beach and started making a new mermaid, unfortunately it turned out to be like a octopus and that also didn't last for few mins one more mermaid killer wave saved Venky.  We spent nearly 2 hrs in the beach everyone took fresher water bath in the near by home, we are already short of time so kollur is now doubtful, just before everyone gets into change of dress rain started, everyone started drenching in the fresh rain, till now I've controlled myself and taking photos, not anymore, jumped out of the cab and joined the team, kollur is now moved from doubtful to not able.

You know why only Venky and Santhosh are being targeted?  They last in the general election as dictated by democracy.

After spent nearly 3hrs we have started to murudheshwar,  we have reached there around 3PM and had lunch at kamat,  visited the temple, everyone was excited to see such a huge shiva statue and narrow tall tower of the temple, i've been to murudheswar already and spent nearly one day there so it was not a big surprise to me but it is pleasure again to be there.

Fall in love with Roja

Yesterday i watched Mainrathnam's Roja movie again,  venky bought the DVD from PlanetM.   This time the feel was different,  Roja's character is amazing in the movie.

In scenes like, Roja showing angry with Rishi for rejecting her sister and married her, but the truth is Rishi was rejected by roja's sister because she loves someone else and rishi's decision only made her love into reality.   When Roja comes to know about the truth the way she changes herself and the dialogues in that scene is really good.

Rishi goes to kashmir to help army to decode a message and army agrees to give full protection for him in kashmir.

After rishi got kidnapped by terrorist, they way she runs behind the car and explaining everything to the police even though she don't know local language hindi.

Rishi is kidnapped by terrorist and terrorist gave death threat for rishi if govt. will not release wasim terrorist leader,  Roja is from small village not aware the situation in Kashimir, not aware of what is going on, not able to understand the language they speak, she never cries instead makes her mind very strong and fights hard to get rishi back

Fighting with Colonel Rayappa, We lost many commandos while catching the wasim if we release in exchange for rishi everything will go waste and after release wasim will kill many more innocent people, she listens everything and finally says if the terrorist captured a minister son/daughter will you say the same thing?

Government agrees to release wasim and Rayappa convey the message to Roja "I'm very happy, you will get your husband, politicians will get good name by getting a scientist back, i'm very happy, captured wasim after hard work he will bye bye leave, very happy, 15 army men died while arresting wasim now everything going waste, very happy, Wasim will go out and kill many more people, very happy"   Roja understands emotions of Rayappa at the same she could not leave her love

At the end Rishi managed to escape from terrorist and reaches the safe hands, Roja got her love back and Wasim is in the hands of Army.  Both Roja and Rayyapa wishes fulfilled.

Roja characterization is very strong in the moive from innocent village girl to strong women at the end, the way her character explained in the movie is wonderful, hats off to Manirathnam sir for giving such a wonderful movie and a good start to A.R. Rahman in the movie.

Did anyone noticed this in the movie,  Telephone manipol song from indian movie came as a BGM in Roja.  When Rishi goes to see Roja's sisters in village it comes

After my cannon SD950 Digital camera broken, i wanted to buy new camera this time i thought of going for DSLR, Did some small (re)search in internet and short listed two DSLRs which was in my budget and entry level DSLRs. 1) Nikon D5000 with kit lens (Rs. 34.5K) 2) Cannon 550D with kit lens (Rs. 45K)

There are three dealers in Bangalore for nikon D5000 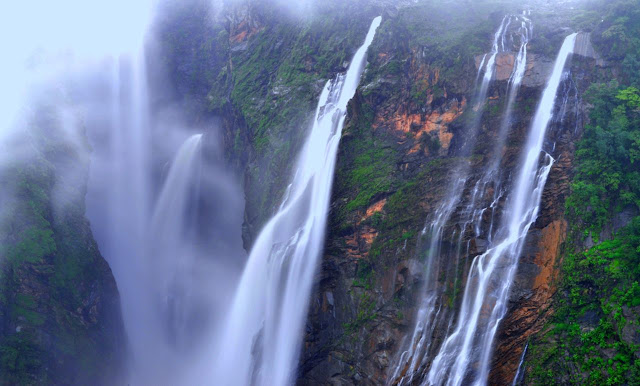 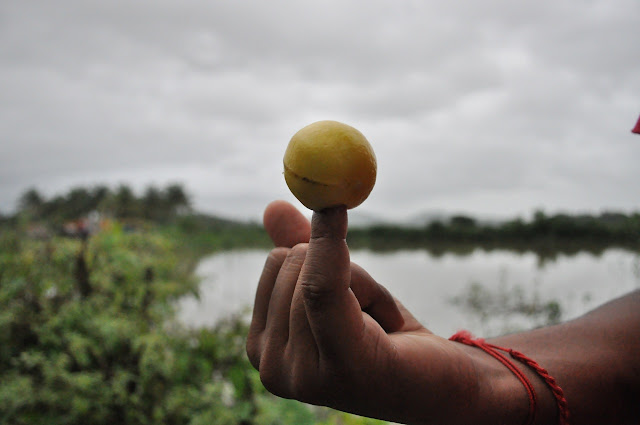 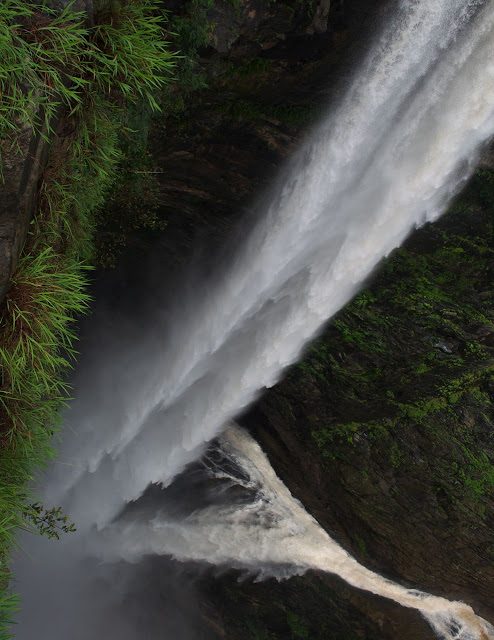 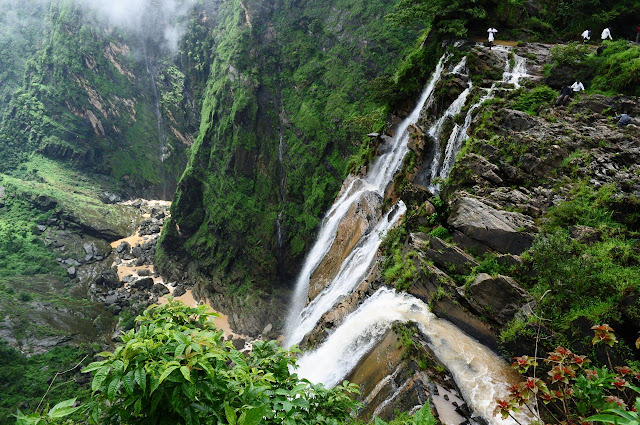 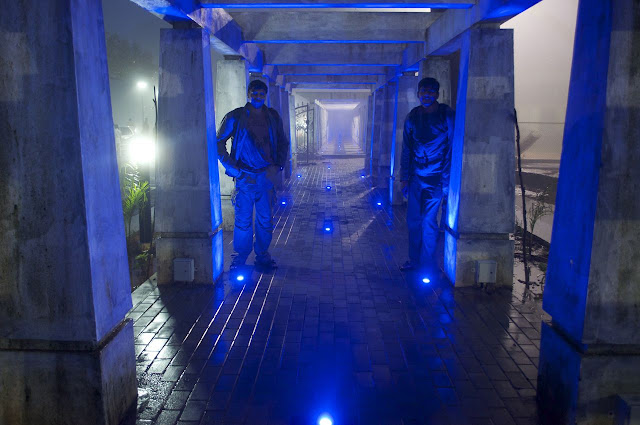 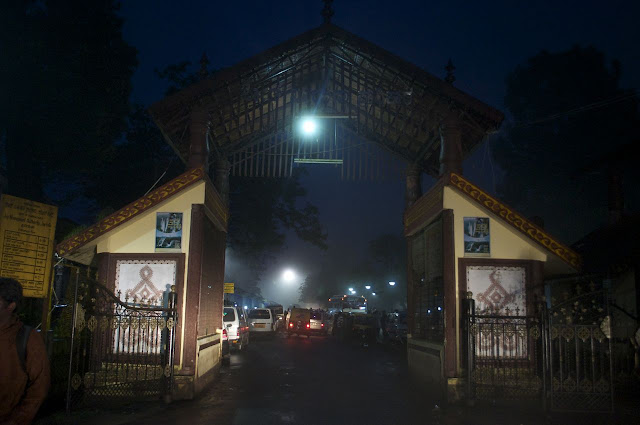 Posted by Sivaraj Mathi (சிவராஜ் மதி) at 6:52 PM No comments: